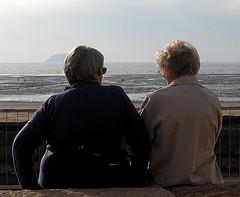 Are what we call well past societies, such as Venezuela. The only possible purpose of political institutions is to achieve the greatest possible measure of happiness for citizens. In the quiet mediocrity of the little souls can not be open to new forms of social and political forms. In the field of evolution sociopolitical and small tribes are frozen in time. For these tribes that prevent access to the future, the greatest happiness possible for the maintenance of obsolete structures and thought declined. I will not return to Deleuze with the differences between disciplinary societies and control, an issue that I have raised in previous books very valuable or the details of Foucault on the subject. Nor will I address the nihilism and cynicism of contemporary man also tried earlier.

I will not meddle in the genetic manipulation in antropotecnica mutation or the crisis of culture, which certainly deserve a separate space. They are changing the way people communicate, interact and exchange information. Economic change, governments change, but above all societies change. It is clear that there will be competition between local, regional and global, which will parallel economic interdependence, social and environmental that will produce dramatic results. The changes will be felt in the place we work, we produce, where we learn and as we outlined the different phases of our lives. We can identify changes such as the transition towards knowledge societies. This implies that in the context of negotiations over the future automatically enters a new entrant: society, because the substitution of a society informed by a company comunicadaa necessarily mean a "without forgetting the dangers totalitarian persecution of democratic goals, sustainable development and gender equality.