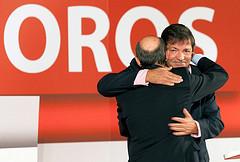 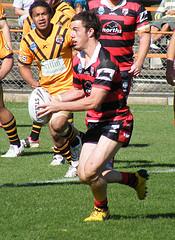 The past 29 March ended, in Cartagena de Indias, Colombia, the IV International Congress of the Spanish language (CILE). A meeting which sparked a very positive reaction which was reflected in the massive public assistance to lectures, discussions and workshops that filled the agenda and where was highlighted the importance and the challenges that the future, has the Spanish language within the social, cultural and economic dynamics of globalized society. There were many topics that people who made his distinctive contribution were discussed in this call and many: writers, musicians, academics and characters in different instances, political and social; some very well known by all of us, other not so much. I will try to do a summary of the topics discussed and the views and most relevant proposals which, at the close of the event and yet to digest and implement many of them, they open a not inconsiderable range, content and projects an issue that seems to have been reflected in many of the meetings and is necessary highlight because it was widely discussed was that of the role of the Spanish language in the field of world trade, in particular was on the advantage, not fully exploited, meaning the language for all Spanish-speaking America countries and interest in their potential use as a vehicle of integration and as a common link of facilitation of any trade agreement, both tanto privado private like national. Within this conception is remarkable start-up start-up plan of Brazil’s becoming a bilingual country to incorporate the Spanish as a second official language of the nation. This idea is not new, because already in the year 2005 the President Da Silva signed a decree in this respect and since then it has been working towards the goal of reaching for the year 2012 to 9 million Brazilian children and young people that they will study Spanish as a second language within the educational system of the giant of the South thisin my opinion, demonstrates a clear vision of what is coming in the future in the short term and a clear interpretation of the demonstrable realities today and I support discussed in the CILE: according to data discussed in the meeting, are already 14 million people who study Spanish as a second language in the world, recalling furthermore that the Spanish is the fourth most commonly used in Internet language, after English, Chinese and Hindi; (must be done except that of these only four English and the Spanish are languages of communication between different countries while the Chinese and Hindi are native languages); These figures imply an increase close to 10% worldwide in the last 8 years, which in terms of population dynamics is nothing despicable and least negligible even if taken into consideration the signing of several free trade between U.S.