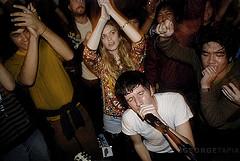 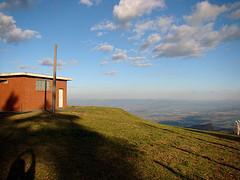 THE END TIMES courses closer to us each day, and instills in us the belief in certain truths that penetrates the heart and my heart. Man as a physicist, is like other bodies governed by invariable laws, as an intelligent, constantly violates the laws which God has established and changes it introduced. It is necessary that the ruler, and yet it is a limited being, is subject to ignorance and error, as all infinite intelligence. The weak knowledge they have lost. As a sentient creature, is prey to a thousand passions. A If so, might at any moment forget his creator. Now as so many religions, we have placed our hope in science. And vainly forget that science is governed by politics and the economy.

What makes this service the same passions. That is, a service of death, murder, greed, corruption and what they least like to acknowledge land, I mean to sin. What you call sin? I ask many. Question is answered by itself if it thinks a bit and more if you look at the condition to which all states have reached land. While men are cheering the stupidities of Shakira and Juanes. Showing how all the politicians and burghers of the land, a false front. Of mercy and compassion. When in fact they report more profit foundations and stupid fame has nothing to do with their real actions.

That is the mediocrity of the world. While wealth is in the hands of artists and powerful. Poverty and misery are raised quantities squared. The bloodshed in this century has been like no other. Cruelty was a millionaire, how important is wealth. Earthquakes in places like Haiti, now in Chile. You can see people running between hunger and misery despair. And the man does not recognize that God is judging people throughout the land. One cause is the shedding of blood by all politicians in the land as a result of his ambition. Another is the ruthless destruction of nature. Men’s sex with animals and beasts. And as many of same gender. Having scrutinized the writing. The study I’ve done over 10 years of science and philosophy and materialist dialectic collapses by itself. Since I have seen step by step as we have performed the commandment of Jesus Christ the Son of God. And the world still believes in the crap. Artists, carnivals, drugs. And worst of all is how we handle all the time through consumption. And we believe that the world and the earth was normal. Famine, war, pestilence, violence, earthquakes, tsunamis, tornadoes, floods, droughts. But since science is the new religion. Hundamonos forget God and all. As far as I’m concerned. Open to change my way of being and living to face the inevitable end. Oh Colombia that it would be you, if you pass the chili and the list of nations that will suffer the same. God to your knees, plant your feet and in the care of your spirit.

Basically, what makes his art special is that he makes a point, that’s all. Then the figure, the plan of technical rationality is equivalent to the poem, in the verbal rational plan. But that does not stop there, it is equal to the level of social rationality, or the use, he takes aim, it is ceremony, as well, Finally, in terms of ethical rationality, or behavior, he takes aim, it explodes. Here, it is important to complete what he said earlier on the “views” (this time in the direction of Jean Gagnepain) of the cultural dialectic, in other words, the tendency of any reinvestment of abstraction to privilege, so antagonist , is the polar (structural) of abstraction, is the natural pole of what we call the “concrete.”

Well, add a third view … Poem, figure, ceremony and associated holding (in rhetoric, industry, politics and moral) to endocentric action, (a word formed from the prefix endo-, meaning “within “and serves to form” endogenous “,” endocrine “,” endocardium “,” endoscopy “, etc.) is a performance in which Envisat is no rationality in the outside world (it would be an eccentric vision), but inside (endo-) of herself. They realize that we have moved from the inevitability of neologisms: the new object, new language. So, as I said, is the snake biting its tail. But this is not a way to be empty, because every time the process takes himself intended. The poem is not empty: it is the message full of himself, the figure is not empty, the work is full of herself, the ceremony is not empty, is full use of it herself.

In the early twentieth century, charisma was secularized by the German sociologist Max Weber, who said that some exceptional figures had revolutionized politics by force of his personality. He claimed that his charisma was a gift that set them apart from ordinary men. Has misunderstood the term charisma, considering it as an aura of overwhelming personality of strength, beauty and even power. In reality, the charismatic leader is one who focuses on relationships, a committed orders and uses their talents, gifts and resources, the benefit of others, allowing them to grow and evolve. The obligation of all charismatic leaders does not mean handling time, physical or moral coercion or conditioning to an end that favors only one individual-usually the one that is up-It is certain that the great leaders have had a capacity of speech can minds and hearts moving toward compromise, however, this is only one quality (Don) the individual has received and is putting the service of others. The charisma, “writes Harvard anthropologist Charles Lindholm, an emotional bond is inexplicable, and compulsive. Even when you think that charisma is intrinsic to the individual, can only be revealed in the interaction with others.

The charisma, says Lindholm, is primarily a relationship or merger of the inner self of the leader and follower. What is the end for charisma? Question Ramos, says about it, that when a man discovers his gifts and talents and develops, his life was full of energy, enthusiasm, passion and faith. It is for this reason that the charismatic leader often described as a being with an air of special energy.